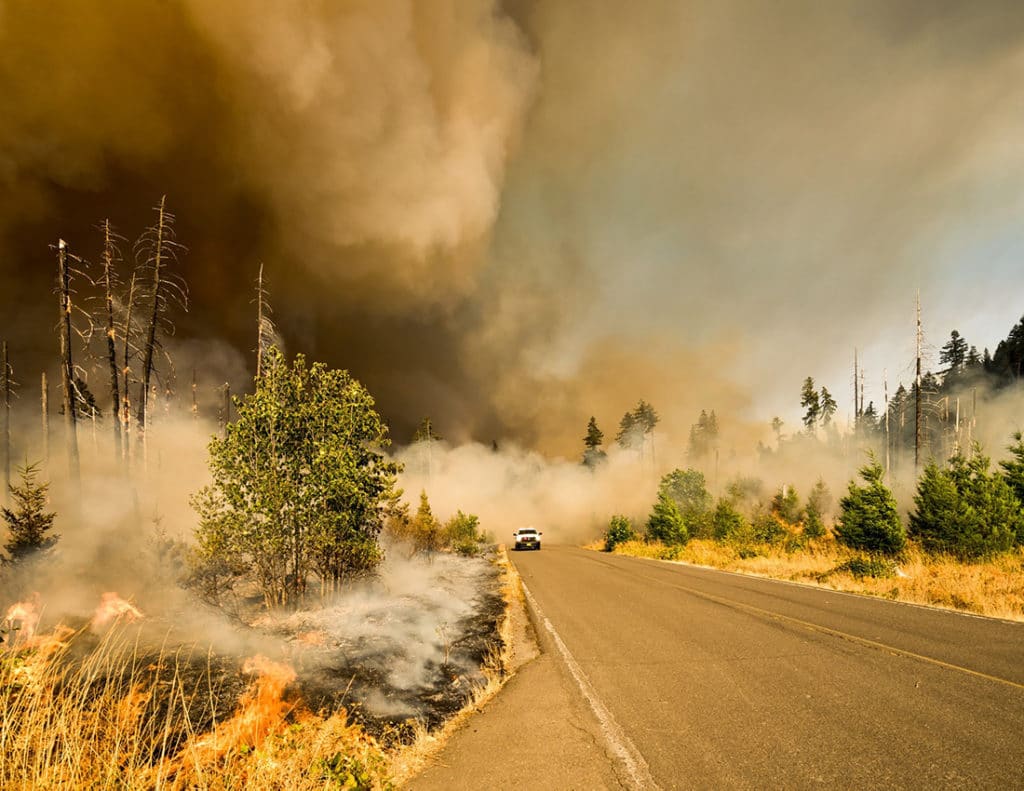 What a Megadrought Means for Wildfires

Fire season is already getting longer every year on the West coast due to warmer spring and summer temperatures and reduced snowpack leading to dry conditions susceptible to severe fires. According to Cal Fire, there are already eleven uncontained fires across California and it’s only June.

Add in the fact that we are currently in the worst megadrought in more than a thousand years and in the midst of a pandemic affecting fire prevention efforts, and we can assume that we need to start to prepare ourselves for the fall of 2020.

The Smithsonian recently released an article that explored a new study on megadroughts published in the journal Science, specifically in the western United States that includes Oregon, California, Nevada, Idaho, Montana, New Mexico, Arizona, and northern Mexico. To summarize the piece, we are seeing the worst drought conditions of the past 1,200 years which spell bad news for wildfire.

A megadrought is characterized by a shortage of water supply that lasts more than two decades. Western North America has seen four major megadroughts in the past 1,200 years, garnered from tree ring data, and each has resulted in major anthropological shifts including mass migration and even extinction. The most infamous tragedy resulting from past megadroughts was the epidemic that potentially killed half of the indigenous population in Mexico in the 16th century.

While the Smithsonian article goes on to talk about how we can emerge from this severe drought by curbing climate change acceleration, we mostly focused on how it will affect future fire seasons. A megadrought puts dangerous pressure on the environment to make do with what water it has. The results are low water levels in reservoirs (Lake Mead and Lake Powell the most notable examples) and dried-up riverbeds and waterways which leads to low soil moisture, parched crops, and forests prime for kindling.

Fires are inevitable, and they’re actually healthy for the environment. The problem is the rapid spread if everything in a wildfire’s path is ready to burn, including homes. As more and more home development occurs in the path of wildfire (wildland-urban interface), the more destruction we will see when a wildfire hits.

In the face of a megadrought, global warming, a longer fire season, and less fire prevention efforts due to COVID-19, homeowners need to be prepared.

There are ways to ensure your home has the best defenses in place for when a wildfire comes ripping through your neighborhood. The first place to start is your vents. Vulcan Vents are fire-safe vents that close in the event of intense heat, blocking embers from entering the home and igniting from the inside out. Next, homeowners can make sure they have gutter guards in place. Valor Gutter Guards block debris from building up and becoming a fire hazard. Finally, Frontline Defense Systems are exterior sprinklers that emit a biodegradable foam, putting out dangerous flames before they ignite the home.

Ember Defense knows fire and can provide you with a home evaluation before it’s too late. Call today and know your home has the best protection in place.