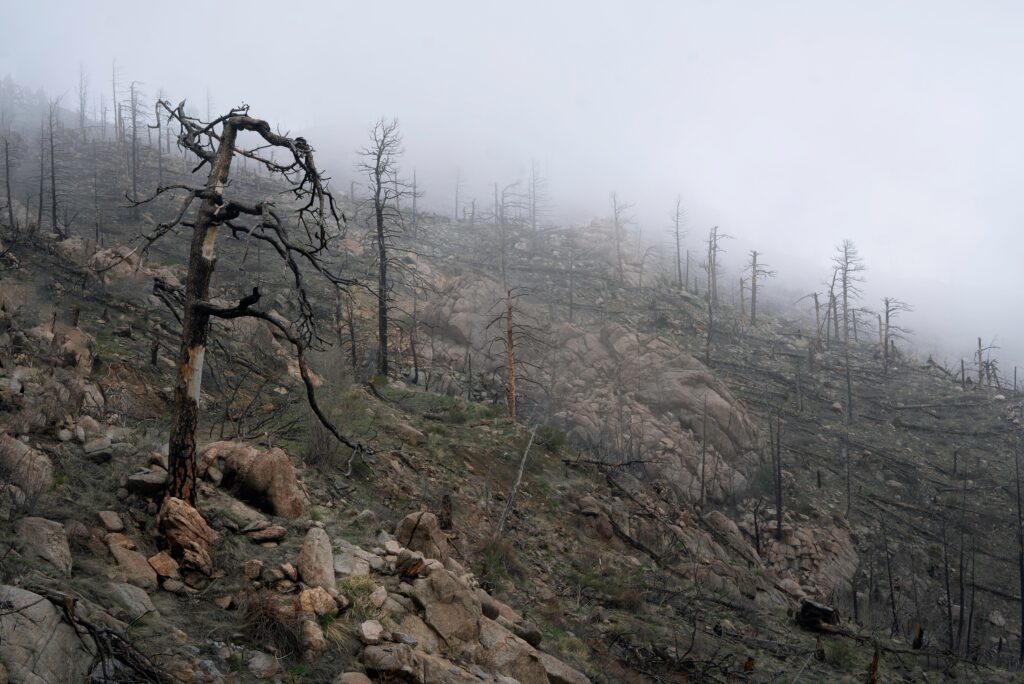 Unfortunately, the recent trend of regular, devastating wildfires isn’t going anywhere. According to the latest scientific evidence, they’re a problem that’s only going to get worse as time goes on.

The UN Environment Program (UNEP) and GRID-Arendal, an environmental education nonprofit, released a report together earlier this year on the topic. It’s the first time the UN has looked specifically at wildfires, and the news is grim. The report found that the number of wildfires around the world is projected to rise 50% by the end of the century.

Wildfires are predicted to spread far and wide

Certain parts of the world are already prone to wildfires and have seen devastating effects in the past few years. In 2020, for example, the August Complex Fires in California were the first in the state to burn over one million acres. The 2020 wildfires in Australia burned for months and were considered to be, collectively, one of the worst wildlife disasters in recent history. These already fire-prone regions are likely to see even more blazes in the coming decades, but they’re not the only ones.

One of the most worrisome parts of this report was the prediction that regions not traditionally associated with fire danger will begin to see an increase in wildfires as well. Places like Tibet, Siberia, and even the Arctic are projected to be more at risk as time goes on. In other words, few places will be truly safe from this danger if we continue on our current trajectory.

The sources of this increased danger

A change to this dangerous trajectory is exactly what the authors and supporters of this report are trying to promote by releasing it. Unsurprisingly, its disturbing predictions for Earth’s future are clearly and inextricably linked to the effects of climate change.

First, it points to high levels of greenhouse gas emissions as the biggest contributing factor. This isn’t news; what we’re regularly releasing into the atmosphere is harming the environment in many ways, and wildfires that are more devastating and happen more often are just one symptom of this.

Unsustainable land use is another contributor we need to curb. Poor agricultural and forestry practices remain common in many places, and they’ve been shown to make fires worse once they start.

Key risks if the report’s predictions come to pass

There are many reasons we should be alarmed about this news. Property damage is an obvious concern; homes, cities, and major infrastructure can be irreparably damaged by increasingly intense wildfires, which can lead to mass human displacement.

Irreparable damage to the natural environment is another key consequence, including the threat of extinction of countless plant and animal species. Plus, wildfire smoke is dangerous to human health—sometimes even to people who live hundreds of miles away from where the fires are currently burning.

The need to take action as a global community

It’s clear that we need to take swift action. Scientists say reducing our reliance on oil, gas, and coal should be a top priority, so we can start significantly cutting emissions as soon as possible. More local action should be taken as well; experts urge governments to allocate funds more effectively to invest in sustainable fire prevention at the local level.

How to protect your home from wildfires

Doing your part to protect the environment and supporting government initiatives to better manage forests and prevent fires is important. These are actions we should all be taking if we want to alter the course of our worrying future in relation to wildfires. In the meantime, there’s a lot you can do to protect your own home from fire danger if you’re in a particularly prone area. Check out advice and resources from expert agencies like Fire Safe Marin and CalFire and consider taking action to fireproof your home.

When you’re ready to take wildfire risk into your own hands, the first thing you can do is harden your home. From retrofitting fire-safe vents like Vulcan Vents that close up in intense heat to putting automatic exterior sprinklers on your roof, there are ways to protect your property from wildfire.

Ember Defense will perform an evaluation of your home to provide a detailed report of what your property needs. Our team will work with you to update your home so that it is best protected from burning down in a fire.