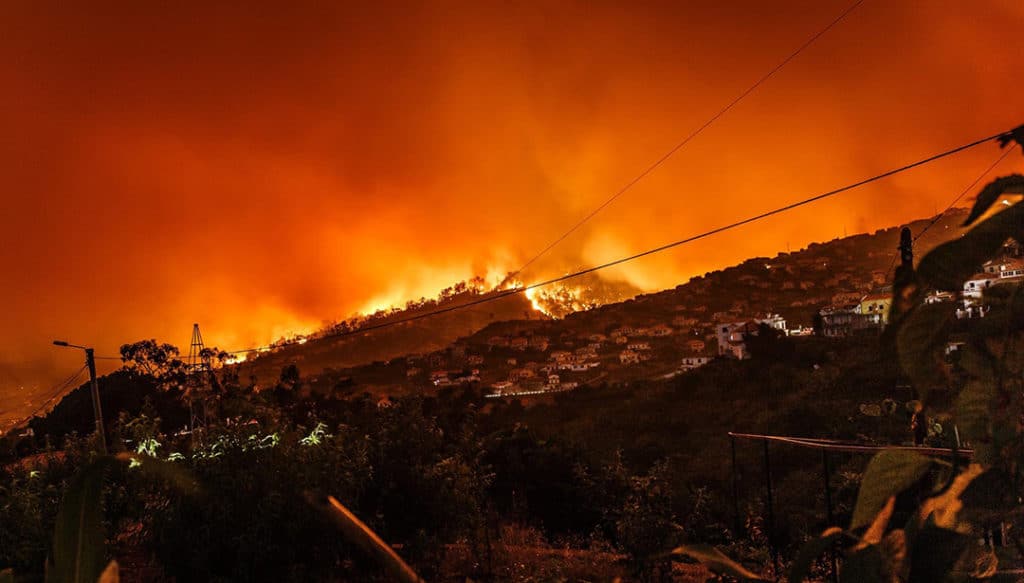 Homeowners in High-Fire Areas Are Being Dropped by Insurance Companies

Homeowners in Marin, Mill Valley, Santa Clara and so many more communities across California are receiving bad news in the mail. Insurance policies tend to last a year, and when that coverage is up, many are choosing not to renew. These notices are called non-renewals and they’ve become all-too-common, specifically for homeowners who live in high wildfire risk areas.

According to KPIX 5, San Francisco’s CBS outlet, homeowners began receiving an influx of non-renewals after the wine country fires in 2017. In recent years that number has grown significantly across the state, especially in areas that have seen large, devastating fires. From 2015 to 2018, a staggering 671,332 policies were dropped across the state. 94,858 of those non-renewals were in the Bay Area alone.

California state law does not allow insurance companies to drop policyholders less than a year after a fire. Therefore, these statistics do not reflect non-renewals that resulted from last year’s awful destruction including the Camp Fire, Carr Fire, and the Mendocino Complex Fire.

What does non-renewal mean?

Insurance providers have the right to refuse coverage. When the homeowner’s policy expires, the insurance company can choose not to renew for a variety of reasons including:

There is a direct correlation between these reasons and Bay Area communities. For instance, the city of Mill Valley is almost entirely within a high-risk fire area or wildland-urban interface. Homes in the Bay Area are old; many haven’t been updated in years. Furthermore, when homes do have to be rebuilt in the Bay Area it is often for exorbitant prices. As a result, some insurance carriers have literally stopped writing policies for certain area codes such as 94941 (Mill Valley).

The California Insurance Department Code says that the insurer must send the notice “60 days, but not more than 120 days, in advance of the end of the policy period.” They also need to state the reasons for non-renewal and conditions the homeowner can fulfill to continue coverage if any.

Some insurance companies will continue coverage if mitigation or home-hardening steps are taken such as adding vent screens, covering gutters, installing external sprinklers, or clearing debris or combustible materials from around the house (creating defensible space).

Insurance must continue for an additional 60 days after the non-renewal is issued.

Houses that are deemed uninsurable are not good for the city or community as a whole. When it’s difficult to find insurance, home prices eventually drop, which in turn drives down property taxes. When insurance companies decide homes in entire areas are too risky to cover, the real estate ripple effect has much larger consequences.

Another more ethical consequence of non-renewal notices is how they affect the actual homeowner. There are countless stories of California homeowners losing coverage after decades. Because the homes are old and at higher risk, it is becoming harder and harder for homeowners to find another company to step in after a non-renewal. There is also anxiety with the lack of time. More often than not, 120 days does not give that much time to try to finalize claims with the former insurance company while looking for a new one.

Ultimately, Californians have solutions for home insurance but it can often be much more expensive; insurance rate increases become another consequence of companies dropping policies.

If no other insurance companies will cover the home, the California Fair Plan is available, though it is meant to use as a last-resort resource. The problem is the maximum insurance for the Fair Plan is $1,500,000. If a home burns in Mill Valley, $1.5m would likely barely cover the rebuild cost.

Plus, the Fair Plan only covers “fire or lightning, internal explosions, [and] smoke.” That means that an additional plan is needed to cover water, wind, theft, and other perils. The homeowner would have to purchase another “wraparound” policy to further cover liability. At the end of the day, homeowners who receive non-renewal notices are then faced with huge cost increases when choosing other plans in the insurance market.

Past and Future of Wildfires

According to figures from the National Interagency Fire Center via The New York Times, 10 percent of all acres burned in the United States since 2000 have been in California. Only Alaska has seen more acres burned, but the state is also four times larger.

Humans are still largely to blame for starting fires; 84% of wildfires from 1992 to 2012 were started directly or indirectly by people. The most infamous, and destructive, fires were sparked by arson, downed power lines, campfires, and more. Though, fires have also become more catastrophic due to the lack of controlled burns, tree-thinning, and other fire-suppression strategies.

The Wall Street Journal reports that California wildfires in 2017 and 2018 caused more than $24 billion in insured losses while killing dozens of people. We are living in an age where fires are becoming more regular with the help of climate change and an increase in population.

We are a home-hardening company. But we are also local to the Northern California/Northern Nevada region. We are emotionally connected to what we do because we see the effects first-hand. Most of our clients are in the Bay Area where we help homeowners protect their vents with Vulcan Vents, cover gutters with Valor Gutter Guards, install exterior water sprinklers, and help with defensible space.

Many of our clients are also victims of non-renewal notice. In those cases, we provide consulting resources to help choose a new homeowner’s insurance coverage plan. We have been in this industry long enough to help navigate the confusing and emotional world of wildfire.

We work with Heffernan Insurance Brokers who specialize in finding wildfire insurance for homeowners. With corporate headquarters in Walnut Creek, they are well-versed with navigating non-renewals and can help find the coverage you need.

Ember Defense is here to help mitigate your home, protect your assets, and give you peace of mind. Call us today and rest assured that you’re in good care.