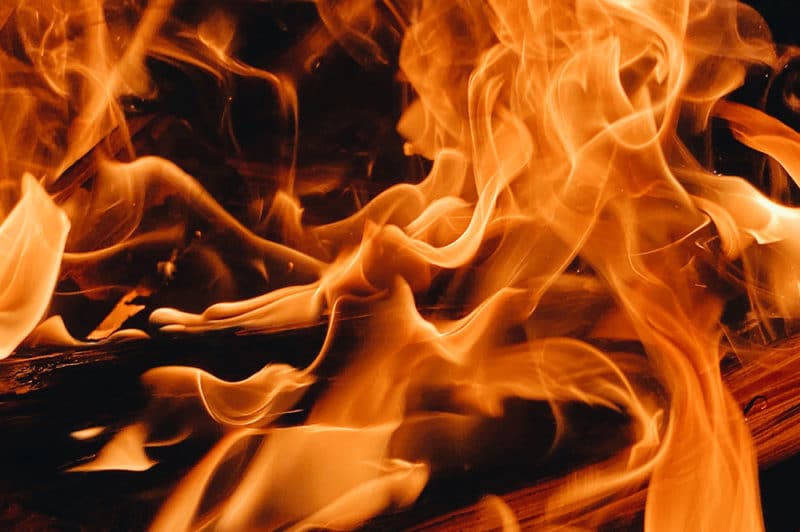 Fires, unfortunately, are becoming a normal part of life for many people across the United States, and really, the world. As humans move to areas that are more prone to naturally occurring wildfires, there will be more and more destruction to property and livelihood.

While fires are largely unpredictable, there are certain characteristics that all fires share. Here are some facts about wildfires.

What is considered a wildfire?

The sad fact is that four out of five wildfires are caused by humans. Whether on purpose (arson) or accident, most wildfires are due to human carelessness when it comes to campfires, guns, cigarettes, engine or power line sparks, etc. Other causes of wildfires include lightning strikes and volcanic eruptions.

Dry climate caused by drought conditions, time of year, climate change, weather conditions, and heat waves also contribute to wildfires sparking and spreading quickly. Fire, however, is a natural phenomenon and beneficial to the ecosystem. Therefore, fire suppression actually makes fires, when they occur, burn fiercer and cause more destruction since there is a build-up of vegetation.

That’s why fire professionals across the country practice prescribed burns in order to thin vegetation and minimize the chance of large wildfires.

As a result, what do wildfires cause?

Wildfires are devastating enough but they also cause more destruction. Wildfires cause extensive erosion, which can, in turn, cause considerable mudslides when it rains. This scenario is exactly what happened in Montecito, California in the winter of 2017/2018. The infamous Thomas Fire, exacerbated by what’s known as the Santa Ana winds, burned nearly 282,000 acres of land in December leaving charred ground, homes, and debris in its wake. As clean-up efforts were underway, a huge storm hit the Southern California region which created even more destructive mudflows that killed 23 people and destroyed entire neighborhoods.

Because wildfires cause such deforestation, they leave the ground extremely unstable which leads to landslides. Add precipitation to the mix, and catastrophic mudslides are the result. Then, once mudslides wreak havoc, the water quality of the area is affected, as are the natural resources and the native flora and fauna.

Wildfires are scary and the aftermath is often much greater than from the flames alone.

How do wildfires spread?

Wildfires can spread faster and cover more ground when there are strong winds that carry embers ahead of the flames to ignite flammable items in its path. Surface fires are generally fires that slowly burn the forest floor while crown fires spread rapidly from treetop to treetop. Fast-moving fires that burn the ground and move up into trees via logs, ferns, or plants are called ladder fires.

As people begin building homes in areas where wildfires used to burn freely, fires then spread quickly by igniting yards, fences, and the home itself. The real extensive fires that destroy land and property are called conflagrations. These types of fires are especially common in areas deemed as the WUI, wildland-urban interface where the wildfire risk is high, and in neighborhoods where homes don’t have adequate defensible space.

Fires are natural disasters that homeowners with houses in vulnerable regions must be prepared for. While firefighting is the best it has ever been, with the most extensive research and countless individuals working on lessening the impact of wildfires, homeowners should also take matters into their own hands.

That means mitigating the risk of wildfire destruction with products that can keep a house standing. A home fit with Vulcan Vents to stop embers from entering attics and crawlspaces will have less of a chance of igniting from the inside. Gutters protected by Valor Gutter Guards will be free from combustible materials, further lessening the chance of the home igniting. Applying a long-term fire retardant like Phos-Chek Fortify can help render vegetation, patio furniture, decks, and fence lines non-flammable.

Wildfire season is getting longer every year. Ember Defense can help fit your home with the necessary products that will stop a wildfire from burning it down.

Call Ember Defense today for an evaluation of your property. It could mean the difference between a home left standing or being destroyed in the wake of a raging wildfire.